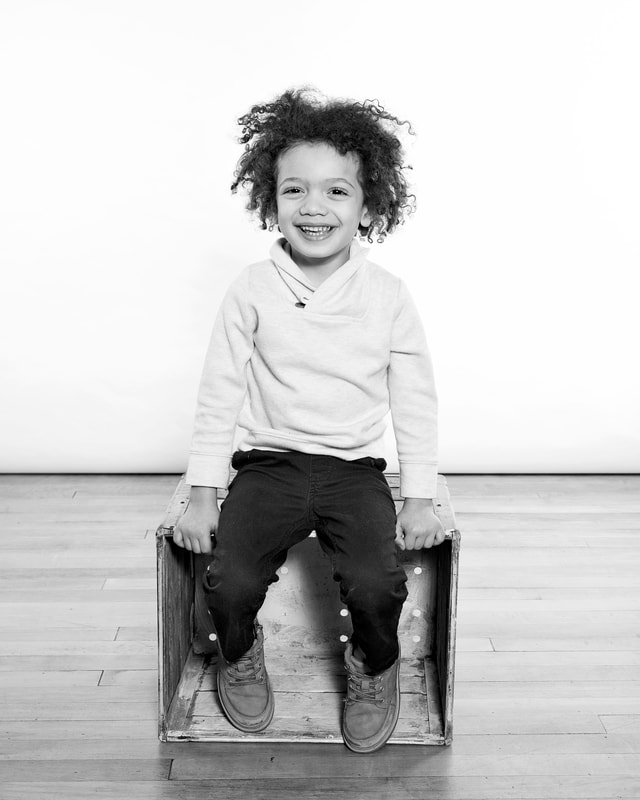 ​​Genaro’s story began in May of 2016, when his then foster parents, Stephannie and Jacob Neumann, brought him home from the hospital at five days old. Genaro was welcomed home by a doting older sister, Ambrianna. Eventually, Genaro’s sister Christina joined the Neumann family, and on May 7, 2019, Genaro and Christina were officially adopted!

Currently, Genaro, Ambrianna, and Christina are a part of a supportive blended family. They spend their time with their mom and her partner, Andrew Jagielo and their dad and his partner, Kyndra Tower. All four are actively involved in nurturing and enriching the children’s lives.

When Genaro was about 15 months old, Stephannie and Jacob expressed concern to Genaro’s pediatrician as Genaro was not talking or walking.  The pediatrician referred Genaro for early intervention services with Starved Rock Regional Center for Therapy & Child Development (SRRC).

Through the course of his speech therapy, Genaro was diagnosed with Childhood Apraxia of Speech (CAS). Childhood Apraxia of Speech is a neurological disorder in which the child’s brain has difficulty communicating messages to the lips, jaw, or tongue in order to produce the sounds required for speech. A child with Apraxia often knows what they want to say, and believes they are speaking clearly, however it is difficult for others to understand.

“When Genaro’s speech therapist, Sarah Baker, told us that she believed Genaro had CAS, we were scared about what that meant for his development and his quality of life. Sarah was able to reassure us that people with Apraxia could lead normal lives,” said Stephannie. “Sarah was really supportive and offered us ideas for how we could reinforce what Genaro was learning in speech at home. We are so thankful for Sarah, Genaro’s teachers, and everyone at SRRC for working with us to help Genaro be successful!”

Sarah and Stephannie worked together to teach Genaro a multitude of signs, which allow him to communicate in his daily life while he works to develop his spoken language skills.

Genaro, Ambrianna and Christina all attend SRRC’s child care center, allowing Genaro to receive speech therapy services on-site with SRRC therapist, Sarah Baker up until recently when he turned three years old.  He is currently attending Lincoln School’s Developmental Pre-School in addition to Starved Rock Regional Center, where he continues to thrive in his language development.

Genaro’s teachers, Ms. Kim and Ms. Lauren continue to work with him daily to achieve his goals.  In fact, Ms. Kim is a Developmental Therapist and has decades of experience working with children with special needs.  Children who are receiving therapy services who are also attending the child care center have a definite advantage due to the collaboration of teachers and therapy staff.  The structure of the child care center also creates an opportunity to continuously practice skills the child is working on in a classroom setting, thus preparing them for school.
Support Us